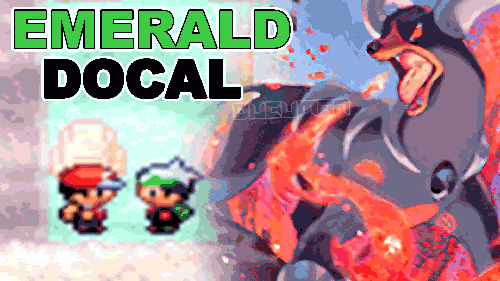 It’s the same as Pokemon Emerald but it isn’t easy and you can catch more starter, 386 pokemon catchable. no trade evolution, hard mode and more… it’s completed in English. And now, Let’s play!

The goal of creating this rom hack was that I wanted to play an Emerald hack, which is not too easy that you can rush trough, but also not as hard as Emerald Kaizo or Radical Red.
I wanted to create a hack which you cannot beat first try, but also don’t need 100 attempts.

While creating the game I intended it to be hardcore nuzlocked. Can’t guarantee for the same playing experience if you don’t play as intended. So please look up the rules if you’re unsure!
So I would be happy if you would do this!
You shouldn’t be able to nuzlocke it first try blind, but when you’re skilled enough sooner or later you will beat it.

You’ll get Rare Candys to reach the caps!

Difficulty:
– Hard early-game (that only the chosen ones may proceed)
– Middle is doable if you’re observant, but still no joke
– E4 + Champion is hard

The most important changes:
– You can almost catch the full national Pokedex (386 Pokemon) with legendarys being the exceptions. So all the encounters are changed.
– Every Trainer has Gym leader AI and custom teams
– EV’s of the enemy mons increase troughout the game (especially this makes the early game so hard, before you have access to Vitamins)
– All the Gym Leaders have 6 Mons
– There are only a few optional trainers
– Slightly map changes
– Some areas have permanent weather effects and you have no access to weather moves
– Grass tiles in every city for an encounter
– Unlimited access to Rare Candys (to reach the level caps without excessive grinding)
– Unlimited Vitamins (not since the beginning)
– Almost every PokeMart has exclusive Items like TMs, Berries oder Battle Items
– In-game trades are changed and have quite good DVs (not perfect DVs)
– 15 hidden Move Tutors with unlimited re-teaching – Find Them!
– Heart Scales are buyable
– TMs are re-useable
– Set-up Moves are either banned or limited in PP
– Very few changes in level-up attacks (no dragon dance – to buff bug pokemon they got the move quiver dance, which is basically dragon dance since bug moves are physical. Or Scizor gets Signal Beam, Kingdra gets Dragon Claw etc.)
– VMs like Rock Smash got buffed
– Trade Evolutions are changed to either Level-up or Evolution-Stones
– ALMOST ALL WEAKER POKEMON GOT BUFFED STATS – this means there are almost no mons with less than 480 base stat – which makes you able to use a big variety of teams
– Almost all fully evolved mons have a second possible ability or have their bad ones changed

This game is a GBA Hack ROM. It’s Completed and playable. 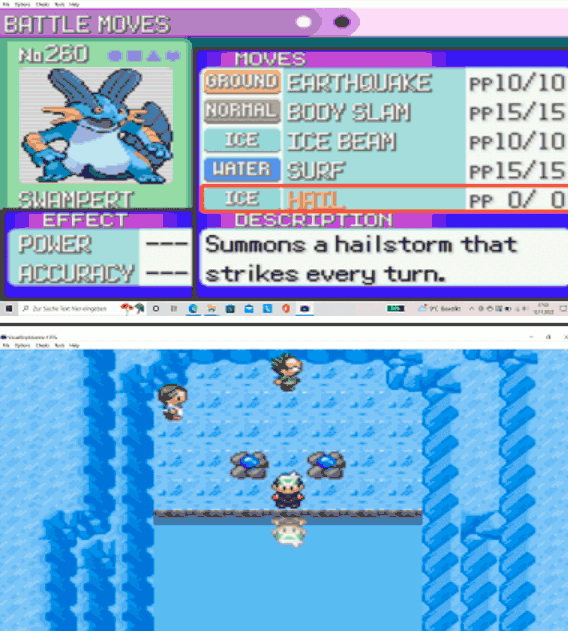 —CIA Version for Nintendo 3DS below—-