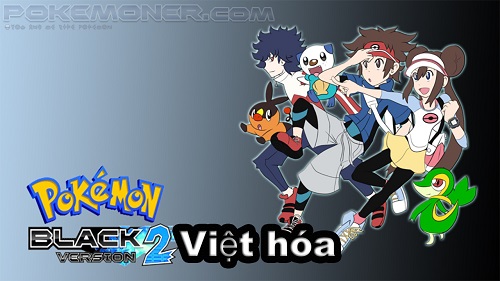 The story in Pokémon Black and White 2 happens two years after the events of Pokémon Black and White, and numerous changes have taken place in Unova. The first trailer has shown most parts of Unova were covered in ice, as well as some freshly new locations and events – one example is the Pokémon World Tournament, where the player will be able to battle all the Gym Leaders and Champions from the previous games. What an exciting news!

Talking about new formes, the Kami Trio makes sure that Kyurem is not the only one who can get this special feature. Their new formes are called Sacred Beast Forme – featuring Tornadus in a figure of a bird, Thundurus as a flying serpent, and Landorus as a tiger. In additional, their “genie” appearances in Pokémon Black and White are now introduced as the Incarnation Forme.

It’s also revealed that the new Unova Pokédex will include some Pokémon in the previous generations, such as Eevee and its evolution branch, which is a nice news for players to look forward as well, besides the old Gym Leaders and Champions.

Pokémon Black and White 2 features two new playable characters, a new rival, a new professor, and some new Gym Leaders. But still, Snivy, Tepig and Oshawott remain as Starters, which will be given to the player by Bianca – now has become Professor Juniper’s assistant – at the beginning of the game.
Review: