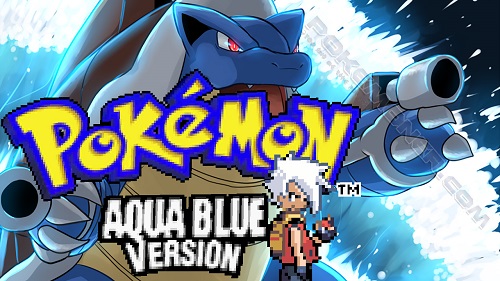 Name: Pokemon Aqua Blue
Remake From: Pokemon Fire Red
Remake by: Criminon
Description: This takes place after the events of Fire Red.
You are an average kid living in Saffron City. You’re looking forward to your first ever Pokemon coming in through an ordering service, and after several weeks of waiting the day has finally arrived! Professor Oak contacts your mother and prepares to meet you in the Saffron City Pokecenter. However, when you arrive, things don’t quite go as planned.

During your visit at the Pokecenter, a meteor crashes into Silph. Co.! Before you know it, you’re hurled into an adventure larger than you’re prepared for. Upon arriving at Silph. Co., you find nothing but rubble and three mysterious figures who later reveal themselves to be Team Rocket. When things take a turn for the worst, you’re forced to battle with them and you find out the Pokemon you ordered was shiny! Despite your victory, they manage to steal the meteor.

After a heated battle you black out only to wake up back in your home, being greeted by Professor Oak and your mother. Oak explains that the meteor is the cause of your Pokemon’s alternate color, and instead of cataloguing the Pokedex, he asks you to collect fragments that fell off the meteor so they can further be studied.

This adventure leads you all over Kanto, including regions previously only found in the Anime.

95% of features are already added into the game
Screenshot: 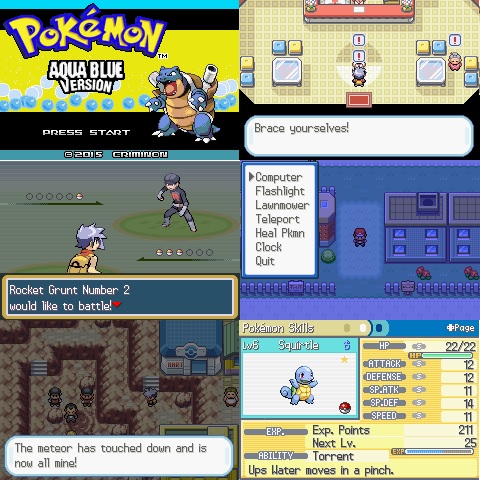