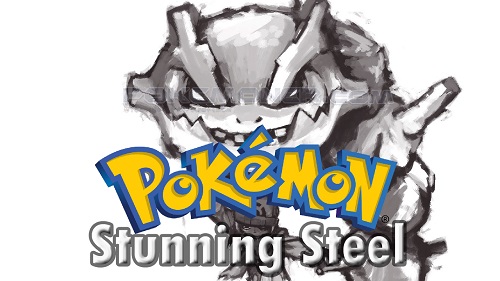 Nimi: Pokemon Stunning Steel
Remake by: Vcaveman
Remake from: Pokemon Fire Red
Kuvaus:
Story
The year is 2008, a decade after the Great Pokémon War. Your late father, a master of Steel-type Pokémon, is hailed as a national hero. However, you don’t remember much about him, apart from the stories your mom tells you and the glorified accounts of the media.

Nevertheless, just like your dad, you’ve always been gifted when it came to Pokémon. Although you didn’t have time to raise your own Pokémon while you were in school, that didn’t stop you from making a name for yourself at various battle facilities using rental Pokémon. Now, after graduating at 17, you decide to embark on your own journey to see what the world of Pokémon holds for you as a trainer.

However, your path is not as straightforward as you imagined it would be, and you soon find yourself faced with decisions that have the power to impact those around you, for better or for worse. What kind of mark will you leave on the world? On your friends? How far will you go to pursue your goals? The choices are in your hands.

On your adventure, you’ll struggle through difficult battles and form bonds with rivals and friends alike. You’ll laugh. You may even cry. You’ll unravel mysteries and expose hidden motives. Your journey will become one of self-discovery as you delve deeper into your father’s past and explore the meaning of destiny. But be careful which paths you take. In this tale, you are no mere spectator.

Features
Branching choice-based plot development: As I mentioned before, the story is the main focus of this hack. There are 4-6 friends/rivals (depending on your definition), and several other named characters with solid backstories. Your relationships with (most) of them are dynamic, and ultimately the choices you make will determine which of 3 possible endings you receive.
151++ Pokémon: All 151 original Pokémon are available through traditional solo gameplay. In addition, almost every Pokémon from Gen 2 and 3 are available; they are just extraordinarily rare in the wild, to make sure Kanto still feels like Kanto. I’m including a pdf which documents all of the gameplay changes, including evolutions and wild Pokémon, so you don’t have to run around blindly if you really want a Bagon .
Difficulty: Moderate
Most NPCs near the beginning of the game are untouched, but once you get to Celadon City, they start gradually increasing in difficulty. The main challenge comes from several battles with your 4 rivals and other special NPCs (e.g. the captain of the S.S. Anne). We put a lot of work into making the gameplay enjoyable for all levels of players. To that end, we implemented a losable battle system so that we could add difficult battles without hindering plot progression for less experienced players. These battles generally entail max IVs and custom (legal) movesets, as well as generally high levels. There are plans to add custom EV spreads after Fuchsia.
Losable battles: Battles against your two strongest rivals are losable unless the plot absolutely requires you to win (e.g. you have to beat Gary during the champion battle!). By losable, I mean that if you lose the battle, the plot will (usually) progress the same as if you had won, although the character you lost to will remember whether you won or lost. Watch out, though – a few battles have higher stakes (Pokémon, items). There is a poster on the wall of your bedroom that displays a record of your wins/losses against your main rival (Gary/Blue), excluding the first battle in Prof. Oak’s lab.

Revamped EV Training Hotspots: All available before Silph Co., almost all with 100% encounter rate! See pdf for details.
Hidden abilities: Around 30 evolutionary lines have been updated with their hidden abilities from Gen 5 (again, see pdf for details).
Updated movesets: Around 30 Pokémon have had their movesets updated, mostly for flavor (e.g. Cut on Zangoose) or convenience (i.e. egg moves and Emerald tutor moves are instead learned at Lvl 1 so they can be taught by the move relearner). (Again, see pdf… you know the drill.) This list will likely expand. Feel free to leave suggestions in the comments!
Run indoors; Running Shoes available before you leave Pallet Town.
TMs reusable
Poison overworld effects disabled
Pokéballs reusable (but more expensive)
EXP gain after catching Pokémon
Repel system from BW2 (When Repel wears off, it asks you if you want to use another)
Various minor gameplay changes, such as making Lava Cookie a held item.

Here’s the extremely brief list of changes:
Made it easier to realize that Silph Co. occurs before Fuchsia Gym
Made it easier to figure out where to go after Silph Co.
Fixed a bug that made it possible to miss important dialogue with Gary/Blue. Check below to see if this applies to you.
Normally wouldn’t post a new beta with so few changes, but the 2nd and 3rd changes affect important clues that help you figure out some of the dynamics between the main characters.

If ALL of the following are true, you have missed a plot point:
You have already fought your rival in Lavender Town
Your character is a boy
You WON against your rival on the S.S. Anne
Iff this describes you, you have missed some important dialogue with Gary right after your battle in Lavender Town. If you don’t have a save state from before the Lavender battle, here is dialogue you missed.

I’ve got a girlfriend, and you
don’t!

…Huh? I didn’t tell you?
We met at the party on the
S.S. ANNE and totally hit it off.

She’s crazy hot and her mom is
a POKéMON PROFESSOR.

You should find yourself a
girlfriend, too, or you’ll be
even farther behind!

…Well, okay. I haven’t officially
made her my girlfriend yet.

Anyways, I gotta roll!
I’ve got a lot to accomplish!
Later, bro! 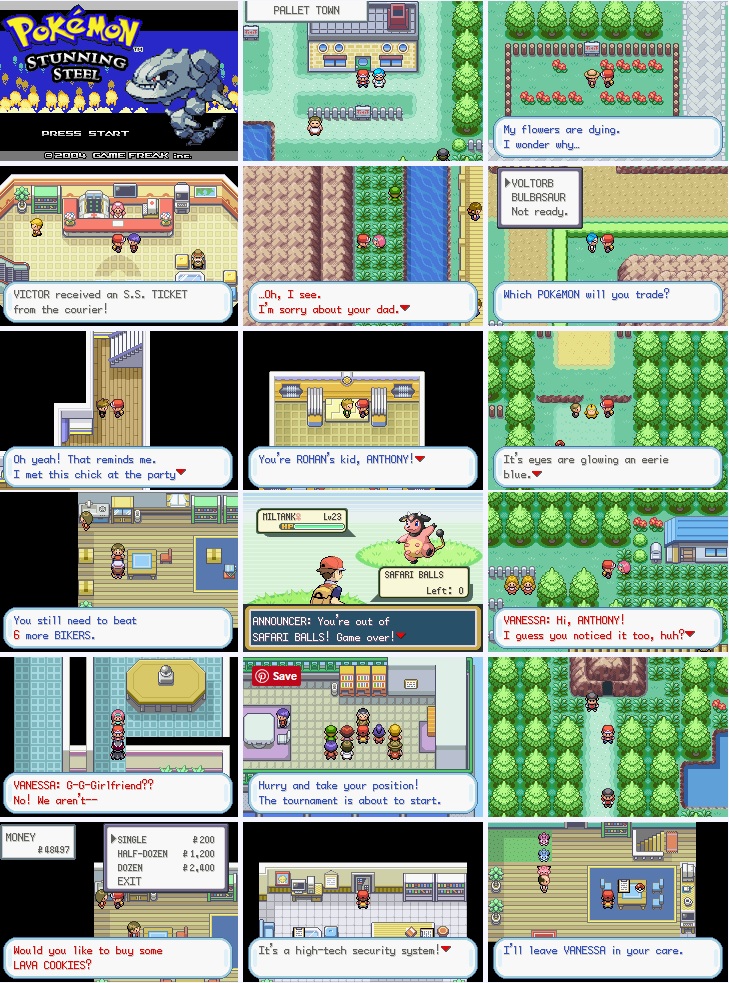