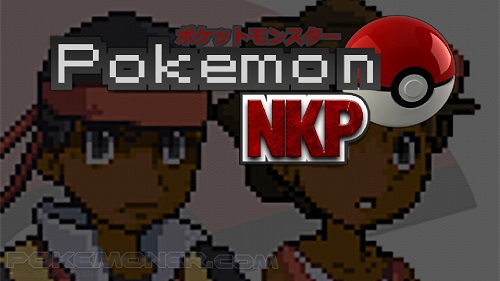 Unique:
Portable Storage – Gives you the ability to carry up to 12 Pokemon. If both the party and the storage is full then it will swap both. *Remember to always check and make sure the correct Pokemon are in your party.

Difficulty:
Saving Only Allowed In Pokemon Centers, And The Players Town.
Whiteout Reset
Set Mode Is Forced
Rival/Gym leaders/Pokemon League Will Have High Levels And Varied Teams
Item Use Is Limited In Battle
Items Will Cost More
Most Trainers Have EVs
Wild Pokemon Levels Are A Little Higher

Planned Story
————————
Creation Of The Universe
————————
Arceus, the first Pokémon in existence, created 23 Mews. The Mews roamed the world and created different species of Pokemon.
Some of the more powerful ones included, Kyogre, Groudon, Rayquaza, Lugia, Ho-Oh, Celebi, Latias, Latios, Jirachi, and Deoxys.
—————
Prehistory
—————
The earliest known prehistoric Pokémon existed at this time. The first humans also appeared around this time.
300 million years ago: Kabuto and Kabutops lived in the sea.
At some point in the distant past, the Magikarp population mutates due to unknown reasons and becomes weaker.
Hoenn is plagued by meteor showers. A meteor turns the homeplace of the Draconid people into Meteor Falls.
The earliest known system for writing is developed and used at the Ruins of Alph, Tanoby Ruins, and Solaceon Ruins. Archaeologists are currently unsure whether the nearly identical Unown preceded or succeeded the writing system, but it is assumed they share some sort of connection.
The Farfetch’d population decreases due to overhunting.
Bell Tower and Brass Tower are constructed in Ecruteak City, and Lugia and Ho-Oh perch at their tops.
The Cianwood City Pharmacy is built.
Azalea Town in Johto is struck by a long-term drought. After bringing the rain back once again by yawning, Slowpoke gains an honorable position in that town.

—————
Recent History
—————
Brass Tower burns to the ground, killing three Pokémon inside. Lugia flees to the Whirl Islands, Ho-Oh resurrects the three as the legendary beasts and flies off in search of a pure-hearted Trainer.
The first Pokémon League competitions take place.
Lunatone is seen for the first time in a crater.
Hoenn TV is founded
The ferry S.S. Tidal is constructed.
Sabrina’s Gym is declared the official Gym of Saffron City after a Pokémon battle between Sabrina and the leader of the Fighting Dojo.

—————
1989-1991
—————
An agency in the Kanto government called the PRAA (Pokemon Research for Advanced Application), wanted to create a Pokemon that would help them gain power. This Pokemon would have to be able to defend Kanto from a foreign threat, and generate money for the Kanto economy. To accomplish this they hired a group that would later be called the The Men Of Origin. The Men Of Origin was a group comprised of scientists and professors from various backgrounds, who are geniuses in their own fields. Noticeable members of this group included; David Emmerich, Samuel Oak, and Albert Elm. This task was referred to as Project Genesis.

Using intel gathered from other organizations, the PRAA found the perfect Pokemon to clone Mew. Mew was found in Sierra Leone on July 5, 1989. By all accounts, it was the last of its kind and while being transported to Kanto it was handled with extreme care. The first attempt at cloning Mew was a failure and resulted in the Pokemon Ditto. To avoid another failure they decided to use human DNA along with Mew’s DNA.

They succeeded and created the Genetic Pokémon Mewtwo, a clone of Mew, born February 6, 1990. Unfortunately however they could not control it and Mewtwo escaped killing most of the scientists, and all of the inhabitants of Cinnabar Island. Through the efforts of Giovanni, Team Rocket was able to capture Mewtwo not to long after and has since been using it for nefarious activities.

After this tragedy David and Samuel moved to palette town to keep a close eye on Cinnabar Island. Albert the child prodigy, moved back to Johto. The other scientists that survived went in to seclusion. David and Samuel also continued to work together and conduct research. Learning from their mistakes on in the past decided to create new species of Pokemon. Porygon, the Virtual Pokémon, was the first Pokémon created by David, and Samuel through scientific engineering. It was purposely created and considered a success. With this success they artificially created more Pokemon, which include: Magnemite, Chimecho, and Luvdisc.

—————
Year 1999
—————
The story begins; with team rocket taking over parts of Kanto, and your sister Angela suffering from a form of cancer. Because of this, our protagonist decides to become a Pokemon trainer to become the Pokemon league champion and win the prize money to help their sister. While on their journey they can decide whether to stop team rocket, or join them. In the background, Kanto’s economy is suffering because of team rocket & they also have mounting war tensions between Hoenn.

—————
Dad
—————
Name: David Emmerich
Gender: Male
Age: 50
Height: 5’11
Weight: 200
Hometown: Pallet Town, Kanto
Class/Status: Middle Class
Family: 1 Brother
Favorite Pokemon: Magikarp/Gyarados
Morality: Good
Religious Beliefs: None
Goals:
Biography: David is Pokémon professor, biologist, embryologist, and author. He is often called the “father of Mewtwo” for his role in Project Genesis. Born in Celadon City, David became interested in biology at age 9. His father, Kenneth Emmerich, was sociologist, and was the first Director of Celadon Youth Opportunities. His mother, Isabel Campbell, was a gerontologist for the Kanto Department of Health. His love of Pokemon came from Magikarp, as he was fascinated by the radical change in power, and the hidden potential with in it. While in high-school he was the captain of the wrestling team, and collected bug Pokemon as a hobby. After high-school attended a Celadon university and majored in biology. In the beginning of the 1980’s he researched and conducted experiments pertaining to regeneration. In 1989 David joined a group called The Men Of Origin, and was involved in Project Genesis. He is an idol to many Trainers and researchers. He currently lives with his family in palette town and is trying to cure his ill daughter.

—————
Mom
—————
Name: Maxine Emmerich
Gender: Female
Age: 44
Height: 5’7
Weight: 135
Hometown: Pallet Town, Kanto
Class/Status: Middle Class
Family: 2 Sisters
Favorite Pokemon: Lapras
Morality: Good
Religious Beliefs: None
Goals: To be a great wife, and mother.
Biography:Maxine was born in Cerulean City, and she was named after her great grandmother. Maxine started modeling in 1973, after high school, then coming in 1st place in the Miss Kanto Pageant in 1975. Afterward, she opened a makeup store that had great success. In 1978 she met David at a bakery store, near her apartment in Cerulean City. They got married four years later, in Lumiose City, Kalos.

—————
Sister
—————
Name: Angela Emmerich
Gender: Female
Age: 10
Height: 4’5
Weight: 70
Hometown: Pallet Town, Kanto
Class/Status: Middle Class
Family: 1 Brother or Sister
Favorite Pokemon: Togepi/Togetic
Morality: Good
Religious Beliefs: None
Goals: Become Scientist like her father.
Biography: Angela is the 2nd child of David and Maxine Emmerich. Angela is an incredible artist for her age and enjoys drawing fairy Pokemon. Her father is her hero and frequently draws him in her compositions. Her favorite TV show is called “Painting With Slowpoke”, which is a children’s comedy show. Ever since seeing a Pokemon battle at the age of 8, she has had a desire to become a Pokemon trainer.

—————
Samuel Oak
—————
Gender: Male
Age: 47
Height: 5’11
Weight: 180
Hometown: Pallet Town, Kanto
Class/Status: Middle Class
Family:
Favorite Pokemon: Eevee
Morality: Good
Religious Beliefs: None
Goals:
Biography: Samuel Oak is a Pokémon Professor who lives and works at his research lab in Pallet Town of the Kanto region. According to Professor Elm, Oak concentrates on Pokémon and human relationships as a profession. He became interested in relationships when he saw a cubone console its trainer after he lost his wife in a accident. He was also a childhood friend of Agatha. They remained good friends and top-class Pokémon Trainers until Oak stopped battling and became interested in Pokémon research. Agatha said that he became soft and started to regard him as a fool. However, Oak still affiliates with the Pokémon League as an adviser. In 1989 Samuel joined a group called The Men Of Origin, and was involved in Project Genesis. He like David, is a idol to many Trainers and researchers, including Professor Elm.

—————
Albert Elm
—————
Gender: Male
Age: 25
Height: 6’0
Weight: 170
Hometown: New Bark Town, Johto
Class/Status: Middle Class
Family:
Favorite Pokemon: Corsola
Morality: Good
Religious Beliefs: None
Goals:
Biography: Albert Elm is Pokémon professor, andrologist, and gynecologist. He also a child prodigy and created a Pokeball at age 5 using scrap parts. He started his science career at 14, by conducting research that lead to the creation of the incense items. A year later he joined “The Men Of Origin”, and was involved in Project Genesis. He is the resident Pokémon Professor of New Bark Town in the Johto region. Elm is known for being a little scatter-brained and disorganized when he gets wrapped up with his research. Professor Elm works at his Laboratory in New Bark Town with his aide. He lives in a small house near his laboratory with his wife and son, who wants to grow up to be a Pokémon Professor like his dad. He also specializes in Pokémon breeding. He holds Professor Emmerich, and Professor Oak in high regards.

—————
Giovanni
—————
Gender: Male
Age: 38
Height: 6’2
Weight: 205
Hometown: Viridian City, Kanto
Class/Status: Lower Class
Family: 1 Twin Brother
Favorite Pokemon: Charmander/Charmeleon/Charizard
Morality: Evil
Religious Beliefs: Catholic
Goals: Become the most powerful person in Kanto.
Biography: Giovanni was born in Viridian City, and grew up in poverty. He has a twin brother that he is very close with and loves dearly. His father who was an alcoholic, was very abusive, both physically and sexually. His father was also a glutton who enjoyed Italian wines, and sweets. The first Pokemon Giovanni owned was a Charmander, it was a present from his mother on his 12th birthday. He kept his Charmander for six months, until his father decided to drown him. His father justified his actions by saying “This is my house and your Pokemon has worn out his welcome.” It was this day that Giovanni changed, and plotted his revenge against his father. When he was 14 he killed his father by putting two 200 mg cyanide pills in his Vin Santo. He felt powerless living with his father because of this, his life goal became to obtain power. When he became an adult he formed team rocket, captured Mewtwo, and is now trying to conquer Kanto.