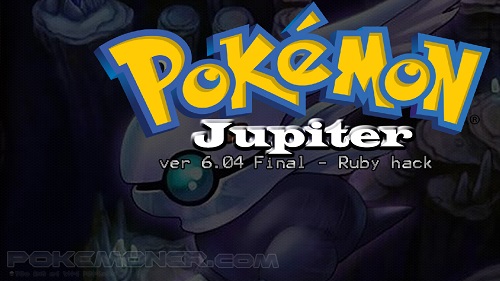 Name: Pokemon Jupiter
Remake by: Charon (Corvus of the Black Night) & Crazybuizel
Remake from: Pokemon Ruby
Description:
Exclusive Features:
-Telepathy with Pokémon (still under progress)
-Pokemon Animations
-Over 65 new songs and a music box to play them in
-Face Portraits
-New Insturments
-Over 95 Cries
-Rearranged Pokedex
-Little features that most people won’t notice until they actually play the rom
-Hidden "Easter Egg" Pokemon – Currently Hamma, Ivan, Garet and Stick are 100% done, Sheba’s in there but she doesn’t have a backsprite.

Other Features
You play as Ivan from Golden Sun.

The game is not a duplication of Golden Sun, although there are parodies of certain dungeons.

Isaac, Garet, Mia, Jenna, Felix, Sheba, Piers, Alex, Hama and several other characters have cameos, the first seven being the gym leaders. Other Cameos include Senators Obama and McCain (the true story of the 2008 election!), the Mythbusters and the Daleks.

Storyline:
In a faraway place only known as the Mynoan Civilization, a great Deluge threatens the Mynoan existance. It has completely flooded the civilization and all that exists is the highest point of the Capitol. Ivan and a mysterious man named Charon flee through a portal to the world of Pokémon…

Before they leave, Charon gives the instruction to Ivan to find him as soon as possible, as they would probably be seperated.

Ivan arrives on the beach of Route 300, which is near Aleph Town, and a man named Fabio Pink finds him unconcious. He brings him to his house, and lets Ivan stay there for a while. However, Ivan leaves to go north, where he finds a Pokémon Trainer named Rachel being attacked by a Pokémon. Ivan uses a Pokémon from her bag with ease, and defeats it. They meet up in the Aleph Town Bar and Grill to give the
Pokémon to Ivan. She then leaves to go west to Styxwater Town.

The rest is for you to discover…

Bugs and Misc:
There are a few known bugs, but most are pretty minor:
– Contests are, well… interesting.
– Some maps either load the wrong footer or freeze the game
– Moonlight (renamed B) does not work. However, you can only access this in the Battle Tower and Contests.
– The game produces a freakout message box if you press SELECT without having an item on Register. If you already have an item on Register, it works fine, though. This only seems to happen in the overworld, not in boxes or battles or anything…
– Rain makes an odd sound…

The game is +13, but really, the worst word used in it is "damn", and it’s used only a few times. Other than that, it’s pretty much clean. No random sexual or drug references (well, okay, maybe with Mr.Pink…), or random swearing. 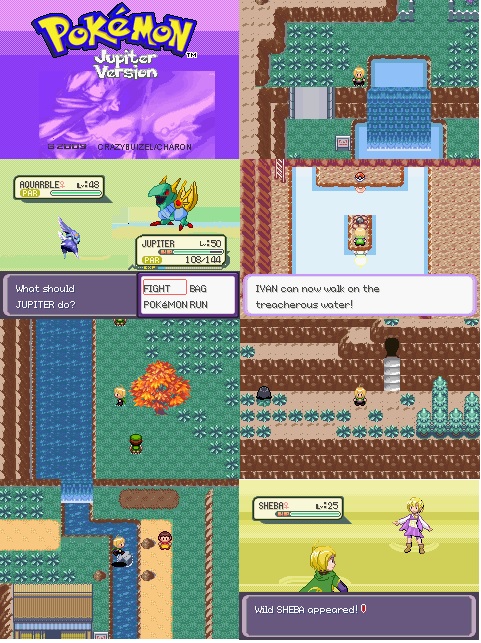