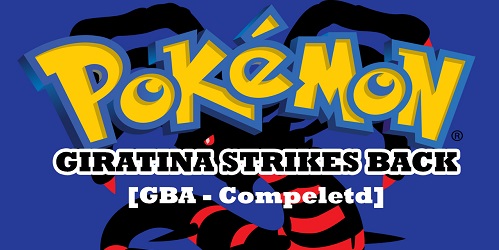 4/17/17 patch finally makes the game less backtracky! You still have to go back to your father’s office later, but the game now gives you the option to teleport there so you won’t have to run all the way back.
Also added a final battle for the most hardcore players after the elite 4. To get to this battle you must go through all the dive spots on route 19.

You are a 13 year old boy/girl who’s father owns a large company called EDGE Co. in the LUNOH REGION. One morning you father asks you to meet him at his office. There he asks you to fulfill his childhood dream of becoming a POKéMON MASTER, because he never had the chance when he was younger. You accept and receive your very first POKéMON, and EEVEE!
And so your adventure begins! On the way you will meet many unique people, and face many challenges including the evil TEAM GENESIS who plan to release GIRATINA from the DISTORTION WORLD and use his power for world domination. Of course it’s up you you to stop them, you are the protagonist after all.

-EEVEE as your starter
-EEVEE evolves to ESPEON and UMBREON with a SUNSTONE and MOONSTONE respectively
-All evolution stones can be purchased at the large mart in DRALLIA TOWN (where second gym is located)
-All POKéMON that evolved by trade evolve by MOONSTONE now.
-65 (well drawn ) fakemon
-11 gyms
-Run indoors
-New regions
-Fancy new tiles
-Fancy new story with twists and turns along the way
-Rock smash does 60 damage now, so it isn’t completely useless

-GHOST’s minisprite is glitchy. It seems to mess up many other minisprites if I fix it.
-The messed up tiles in MUERTON CITY are not a glitch, you can “fix” them yourself after you have the 8th gym badge
-Cities are black when looking at the worldmap anywhere other than the fly map
-Sometimes when you find an item in a trash can, a person nearby will disappear for a second. I have no idea why this happens

-The early game can be backtracky at times, I’m sorry for this. It gets better.
-Final gym (11th) has 4 leaders who you fight consecutively, the event begins when you walk up to them, so be prepared.
-The Elite 4 has levels ranging from lv55 to lv67, you should be fine if you’re around lv60

Where do I go from Greenburg Town? There is a man blocking a cave entrance.
First talk to the girl in the lower right house, she asks you to find her grandma. Go into Black Forest, and there will be an area you can get to that the old lady was blocking when you first went through. Go talk to the rock in that area.

Where do I go after fighting the scientists in VALEN Co.?
Leave Winford City, Prof. Wood will call you and tell you to check out your father’s office building. Go there and go down the stairs behind the front desk.

Where is Bronze Cave?
From Luwick Town, head straight to the right. Use the ACRO bike to jump across the gap in the narrow white bridge (press B and the direction you want to jump).

What do I do after the event in Lunar Cave?
Head straight North into Muerton City.

What do I do after I get the 8th badge?
Get waterfall from the man in the house next to the 8th gym. Use waterfall to get to Wellwood City. 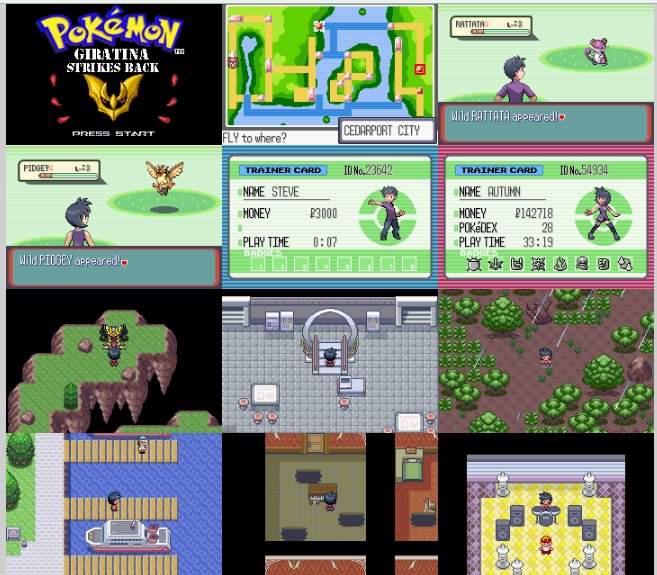