Name: Pokemon Maize
Remake From: Pokemon Red
Remake by: ShantyTown
Source: Click here!
Description:
I decided to stick with a traditional Poké-storyline. An organization known as Team Quarry is excavating vast amounts of materials from the ground in pursuit of building a mighty city to be the center of their empire (or something like that). While wielding your trusty broom, you set out on an adventure to become a Pokémon master. Explore the region of Boldor while you attempt to thwart Team Quarry and tolerate your ridiculous childhood acquaintance.

Pokémon Maize is an ambitious hack that overhauls Pokémon Red Version and brings a whole new experience to the player. I’ve been working on Maize periodically for four years now, so it has a lot of new features! The current release is Beta 3. There are tons of new features and gameplay, and the Beta ends after 6 badges in Entropia City. This hack also has an optional Nuzlocke Mode built in to it, so it enforces the rules for you! Keep reading below to see what Maize’s Beta 3 has to offer. 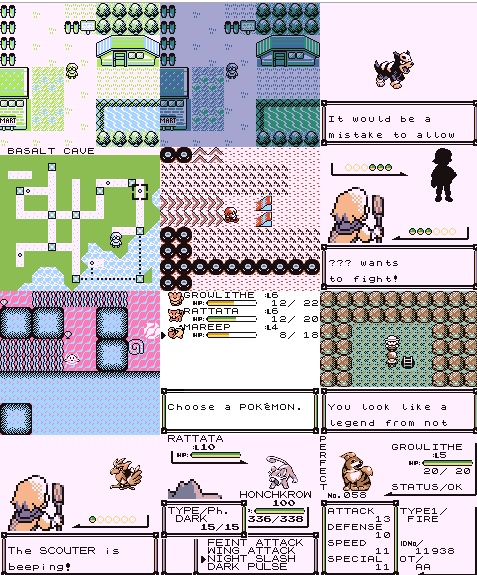