Name: Pokemon Galacta
Remake From: Pokemon Fire Red
Remake by: Bunny + Pokemoner.com
Description:
Welcome to an all new region of Azurus where a great pokemon adventure awaits you!
Travel across the land filled with numerous pokemon from the first three generations! Catch
pokemon and battle your way through eight Gyms to reach your goal to become the Pokemon
Champion! But the path ahead is not easy. The region is speculating about a strange meteor
seen few weeks ago while havoc is raised in the region by a gang of pokemon criminals
TEAM METEOR whose leader aims at winning over the world! Will you face all odds and prove
yourself the greatest Pokemon trainer. Play Pokemon Galacta right now!!!!

1. The most important feature is that this hack is COMPLETE. It’s not a beta, alpha or any
version. You can win all badges, then battle elite four and catch legendaries!

2. A brand new storyline in a new region of Azurus, with new towns, routes and characters!

4. New evil gang TEAM METEOR who aims at winning over the world!

7. The original starters of all the three generations, and baby pokemon can be caught!

8. A harder game with Gym leaders and Elite Four at higher level than original game.

9. The level of wild pokemon and trainers will increase smoothly as you progress through
the game.

11. All original TMs, Move tutors and almost all items are made available in the game.

12. Items like Sun stone, Moon stone, some berries and even Ether can be bought!

13. Every Pokemart sells an item that is exclusive to itself.

14. Lots of pokemon of all the types are available in the beginning of game to provide
players with ample choice of pokemon to catch, to begin journey with.

15. Along with Magikarp, Old Rod can catch some other pokemon too!

16. Day care center (where you can breed pokemon) is available earlier than original game.

17. After completing the pokemon league, there is a small post-game too.

18.All Mega Evolution of Gen 1: use Mega stone X/Y (added by Pokemoner.com)
Screenshot: 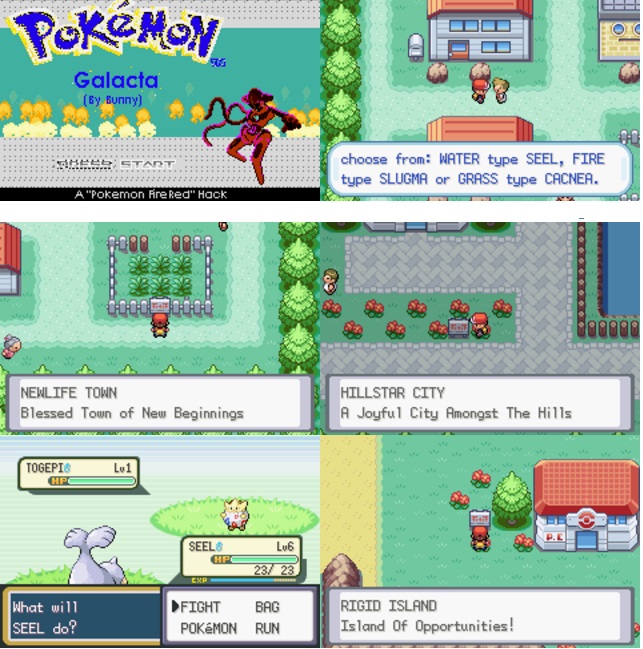