You are starting in the little village Hockheim, where Prof. Oak, which is visiting from Kanto, invites you to come to Prof. Tanns Lab. Anyways, Prof. Tann isnt there and missing for 2 weeks, noone knows where he is. Then Prof. Oak starts to talk about the creation from the Pokédex, how he become the idea to inviting and developing it.
As he is talking about it, you realize, that Prof. Tann is searching and hunting for a Pokémon which can control the time – Celebi!
Prof. Oak talk about the consequences and decide to immendently stop Prof. Tann from his quest. Are you having enough time, to stop him or will he mess up the whole timeline? Who knows, trainers…

You be guided to the beautiness and dangerous region of Stanto, sometimes you will find you in between great hills, sometimes you will discover endless oceans and annother time you will be going trough the deepest snow…
Friends and rivals, much more, will guide, help or block you trough your story… Gym Leaders are strong, who isnt prepeared will defently lose against them. But also simple trainers will battle you. Also Team Rocket forces the last chance to reunion after the tragic events in JOTHO. Since then they life in underground, also discovered the power of Celebi and the potencial to make things unhappen. Maybe its too late, maybe it isnt.

Features in the current BETA: 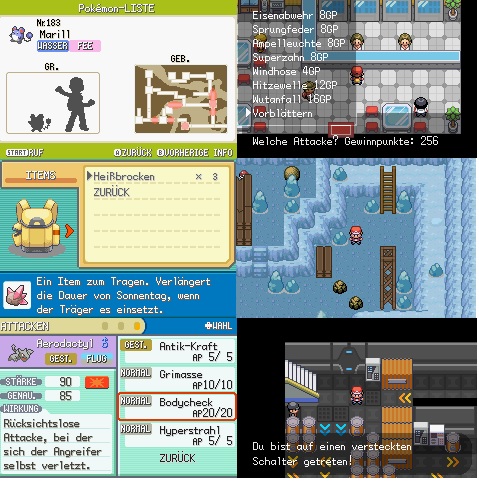