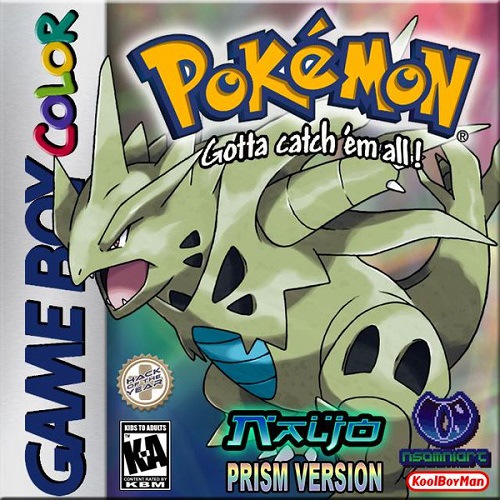 Name: Pokemon Prism
Remake From: Pokemon Gold
Remake by: Koolboyman
Description:
This is the story of Prism, the son/daughter of Lance. After playing in his uncle’s mine cart it somehow spins out of control and ends up in the region of Naljo. Naljo is a developing region bent on the dream of instant industrialization. After finding a lost Larvitar, Prism must collect the eight Naljo badges while fixing all that is wrong with this corrupted region.

– Featuring the brand new region of Naljo (bigger than Johto), featuring 10 fresh and original cities, towns, and villages, as well as plenty of caves, forests, routes, and several more places. Try not to get lost.
– Return of the region of Rijon (Areas were taken away in Kanto in Gold, Rijon in Prism will have all areas). Rijon will heavily be based around an important second quest.
– 252 Pokemon to find spanning from all four generations.
– New Clock system – No longer real time but can keep track of days months and years.
– Pokemon only areas.
– Three new moves
– Several new items, replacing all of the Teru-Sama’s
– New music, ranging from music based from other games, to custom music.
– Five new types (Wood, Gas, Wind, Abnormal, and Sound)
– New TM/HM set
– Lots of scripts made from scratch
– ASM Work
– New Pokedex order (Naljo), as well as the National Dex
– Interact with brand new characters and some returning characters ranging from the official games to characters from Brown.
– Gold Token system – save them up and get something good. Can you find all 80 of them?
– Four crafting Skills, which you can get better and better at
– Side Scrolling areas
– New Minigames
Screenshot: 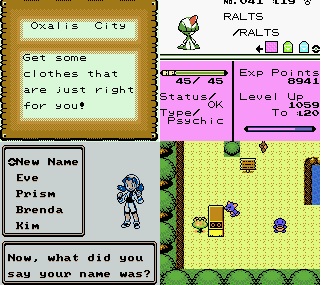