Features:
→All cross-generation (pre)evolutions are added, meaning that there are 416 Pokémon in the game.
→All Pokémon are available for capture in at least one area before the Elite Four.
→All mechanics updated to Gen VI standards as closely as possible, this includes move buffs and Pokémon updates such as Fairy typing, stat increases and Gen IV abilties
→Some TMs and Move Tutors have been updated to teach more useful moves, in addition, TMs are now scattered throughout PokéMarts for purchase.
→Most Pokémon sprites have been updated to give the hack a modern feel alongside the new mechanics changes.
→Trade Evolutions and other inconvenient evolution methods have been replaced.
→Several Pokémon have received alterations in base stats, abilities and learn sets to make them more unique and/or viable in gameplay. A majority of these are inspired by Hidden Abilties and Mega Evolutions in future games.
→Several moves have received alterations to make them more viable in gameplay, examples include the HM moves Cut and Strength. 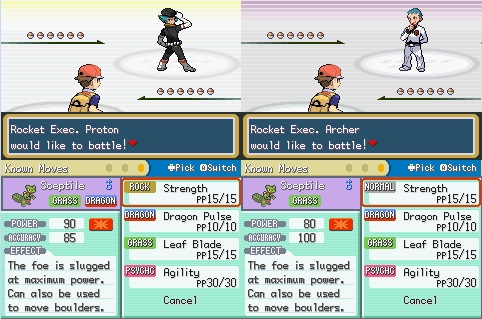