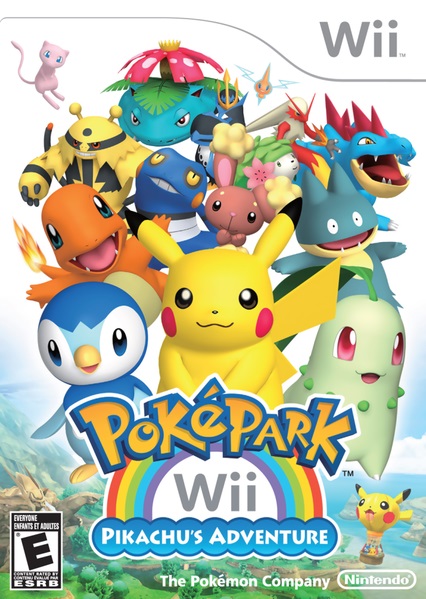 Name:
PokePark Wii: Pikachu’s Adventure
Platform(s):
Wii
Publisher:
The Pokémon Company
Description:
PokéPark Wii: Pikachu’s Adventure (Japanese: ポケパークＷｉｉピカチュウの大冒険 Poké Park Wii Pikachu’s Great Adventure) is a Pokémon game for Wii. It was released in Japan on December 5, 2009, in Europe on July 9, 2010, and in North America on November 1, 2010.
The player takes control of a Pikachu and travels through many zones each of which has one or two mini-games called Attractions, where the player will receive a Sky Prism Piece for achieving a bonus score. In each of these games, working together with other Pokémon is required to succeed. Over the course of the game, more and more Pokémon will be befriended, and they will help the player achieve higher scores in Attractions.
Several aspects of this game are repeated from previous games. The player acting as a Pokémon was previously used in the Pokémon Mystery Dungeon series, and photography was the central feature of Pokémon Snap.
A sequel to this game, PokéPark 2: Wonders Beyond, was announced in CoroCoro Magazine’s September 2011 issue. It was released for the Wii on November 12, 2011, and features a 4-player multiplayer mode and Generation V Pokémon.
Screenshot: 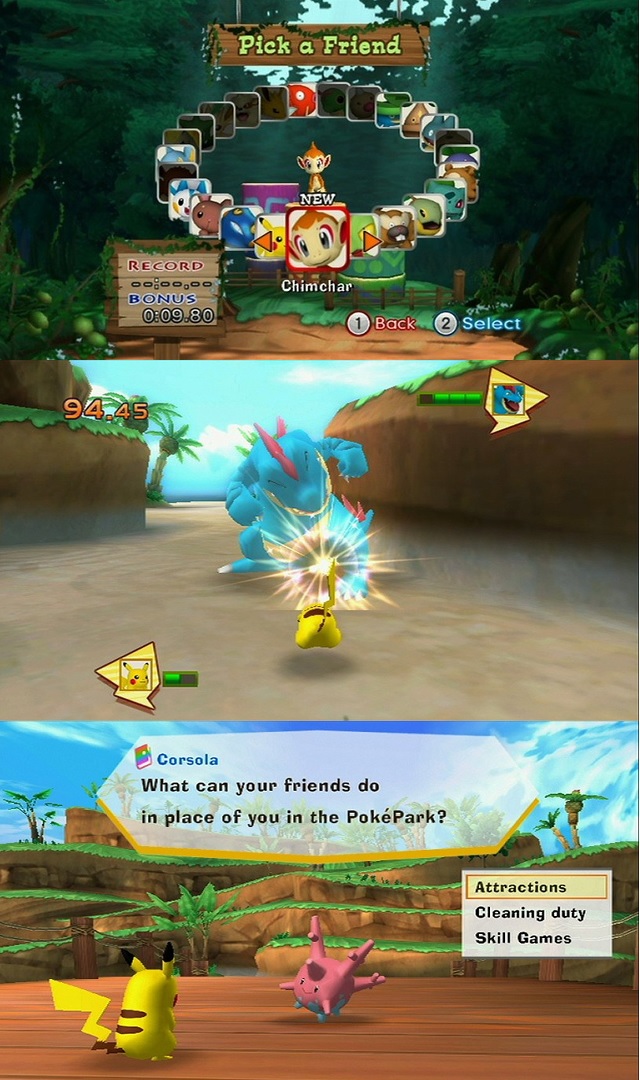