Part 1: 10000 years ago… darkness and silence reigned in the sister regions, that are called Koren and Kaioh. The two regions were completely destroyed because of the battle between the guardian of koren, known as the guardian Giratina, against kaiohs guardian called Regigigas… It seemed as the battle was never going to end, there has passed six months of intense battle and none of the contenders even thought to surrender.
To stop the battle, most of the world’s strongest pokémons went to the region, but very few had the courage to intervene, but none of them achieved any positive results.
Suddenly, appeared the pokemon which is said was born before the creation of the universe… and with its immense power it separated the two contenders, hiding them in different parts of the sister regions, so that the battle would never be repeated again…u

Part 2:
In the year 1512, Captain Blue got lost navigating on the peaceful seas of the south, and after two months, when everything seemed to be lost, he discovered the two sister regions…

July 7, 1512:
After two months of being lost and without having any hope of living, today we saw a piece of land on the horizon. We are very happy because we don´t have any more resources. We are praying with all our strength, hopping that in that new world there are enough resources for us and it is good enough to belong to our empire.

July 13, 1512: We have discovered that there is another region very close to this one, that is perfect, we will be able to expand our empire. My researchers say that humans can leave in this regions, even though we haven´t explored too much.

July 14, 1512: This morning we found the first signs of life, we have seen a small pokémon that our Paper Pokédex (What do you want? Look at the year ^ ^) do not have it in writing.

July 14, 1512 (afternoon): This is amazing! There is life in this region (obviously they are inferior than us). They have a very primitive language, but our researchers were able to translate the majority. We were told that the regions are sisters and are called Kaioh & Koren, and also they said something we didn´t understand too much, there are two possibilities, maybe they love us and want to make a party to us, or maybe they are going to kill us, who knows.

July 17, 1512: My explorers discovered a cave, but its entrance is covered by a giant stone that has rare symbols on it, we can´t understand them.

July 18, 1512: We have returned to find the entrance to the cave to the same place, but we couldn´t find it. This is very strange.
—–
The rest of the diary is useless.

Part 3:
Year 2000.
The two regions have a lot of population, and the indigen are completely extinct… Necro managed to discover what said the symbols that were in a cave and learned a lot about the Battle of thousands of years ago. It became very ambitious and decided to form a team, the Shadow Team, and their goal was to catch the legendary pokémon that fought on that battle to take over the world. Two years later the team had become very famous, and with thousands of members, they stole everything they could to become rich, but they never forgot their main aim.
To stop them, one of the best teachers pokémon, known as Zel, created the EPKK (Emergency Pokémon of Koren and Kaioh). That team also became famous for doing good, and many people joined (although most were not enough powerful to fight against team shadow).

Part 4:
Year 2007.
?¿?¿?/?¿?¿? Has lived all his life in a city of Koren, call Leaf City. ?¿?¿? Is 15 years old. In this city, people become pokémon trainers on their 15th birthday, since being a trainer of lower age was risky because of the shadow team. Professor Firo gives ?¿?¿/?¿?¿ a pokémon so it can begin its adventure throw the 2 regions, koren & kaioh together and to win the 8 gyms (4 in each region), and eventually go on to win the “League of the Sister Regions” .
On its trip, it will find lots of rivals, some will became their friends, some their enemies.
¿?¿? will catch lots of pokémon, and it will have to fight against Team Shadow, and also will have lots of challenges on its trip. 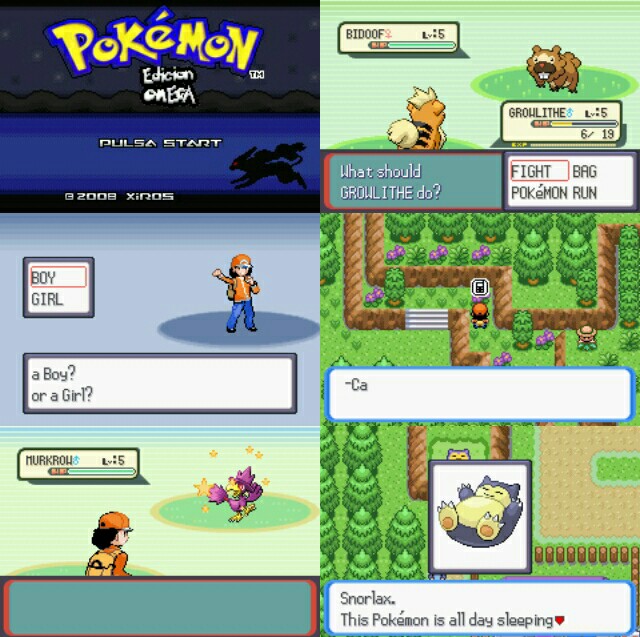