History is always told by the victor, it is always being rewritten by the triumphant to erase the failed party’s accomplishments. That’s why everyone knows of Ash and his Team Rocket-ending journey through Kanto. Very few, however, know the entire story. Truth is, there was another 10 year old boy who managed to save Kanto from behind the scenes. Play as your former rival Gary as he travels throughout the region, reliving his untold tale.

Travel through deeper caves, underground corridors, and hidden passageways as you uncover the truth behind Kanto’s biggest threat yet. History may be written by the victor, but the truth will always shine through.

IV. Features
-Revamped Places. A few places have been altered slightly to make sense of the world surrounding it. I’d rather keep Kanto intact so there will be hardly any original areas that will change.
-New Areas. Since you’re exploring an untold story, it only makes sense that there are a few unseen places to go along with it. It’s not gonna be anything crazy like an entire new region, but a few more areas are added to flesh out some previously unremarkable locations.
-MrDollSteak Patch. Pretty much a standard in hacks these days, the patch gives us Physical/Special Split, Fairy type, new moves, etc.
-New Evolution Methods. Eevee evolves into its forms through evolution stones now (including Umbreon/Espeon). Previous “special condition evolutions” (mostly involving trading) will be changed as well.
-Not all Pokemon are catchable. Not really needed to be said but important enough to mention. Too many hacks get bogged down with having the player catch all 70000 Pokemon, leaving 20 new Pokemon in each route. This is not that kind of hack, all Kanto Pokemon with a few Jhoto and Hoenn Pokemon will be available in the game at some point. If you have a special Pokemon you absolutely need in the game, give me a holler and I’ll see what I can do.
Screenshot: 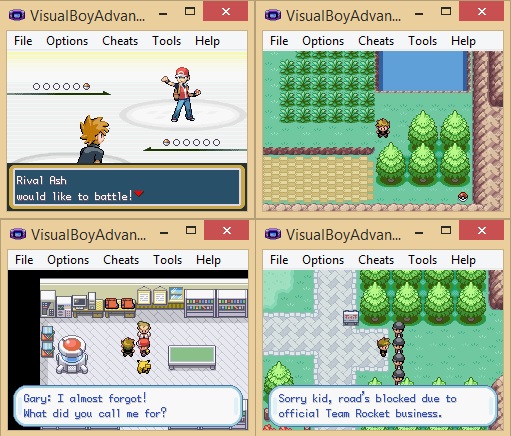